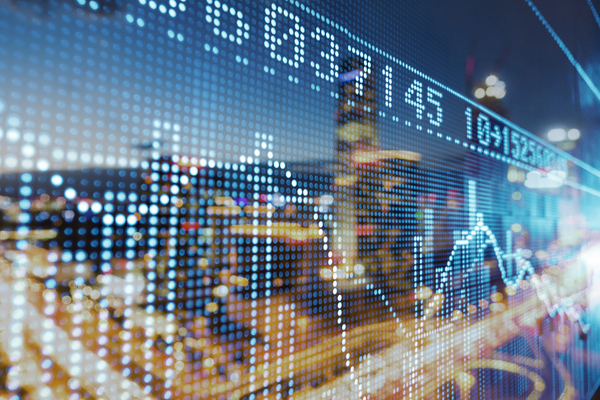 The majority of issues in relation to the value assessment is the conclusion of the assessment that results in the Authorised Corporate Director (ACD) insisting that the fees, Annual Management Charge (AMC), to which the fund manager receives, minus the ACD costs, is reduced to ensure it is providing value for money in line with the ACD expectations, according to the market data.

The problem with this is the difference in quantifying and assessing value for the overall investor within any particular fund. It is not as simple as comparing 'apples v apples' as each ACD within a fund category will be applying the criteria in a different way with varying rationale. The ACD as legal and regulatory owner of the fund are mandated to provide the value for money of the funds and so it is this assessment which counts. However each host ACD is not applying the guidelines in the same way or with the same methodology which creates an unfair playing field.

Therefore managers can be receiving a very different outcome depending on the ACD that the fund is with. This creates an imbalance and problems. For example some ACDs will choose to carry out the value assessment internally in order to manage the costs and ensure one method is applied across all funds regardless of the type of fund. There are obvious problems with this approach the main one of course being all funds are very different in nature and objectives.

Other ACDs may choose to use a third party outsourced provider to provide a further layer of independence to the outcome of the assessment. Again this adds another layer of complexity as there are several third party providers offering this service all applying a different methodology.

The largest ACD in the market place has over £60bn and the smallest ACD has less than £1bn under management, yet the requirements and application of the both extremes are the same. However the reality is very different which is why you will see a variety of output and standards applied against each of the funds that are being assessed.

We have seen incidences where the ACD has charged the Fund Manager per fund for carrying out the value assessment using a third party provider which the manager has no input or choice to that isn't how the application of the assessment was suppose to be applied. This can be as much as £5k per fund.

For the many managers we are working with on this topic we have asked the question of the ACD fund oversight fees and if they are considered as part of the value assessment to which many aren't raising further questions and conflicts as to why the On-going Charges Figure (OCF) can sometimes be much higher than others as the ACD fees can greatly vary.

The allowance of differences on approach and interpretation of the FCA 7 guiding principles which can also have additional categories added to it depending on the ACD approach and rationale in relation to the funds.

Current FCA category guidelines for 'at least' seven areas as according to COLL 6.6.21R are as follows,

We have seen some very good practice from ACDs really 'getting to grips' and the understanding of a fund manager; the value they bring to a fund, that is detailed and evidenced. Conversely we have seen some 'lazy' practices that takes little / no input or pays minimum regard for the fund manager value and just applies one method across all the funds the ACD hosts then insists on a reduction in the manager fees depending on the outcome across the fund range, regardless of the differences in management style, value.

In addition we have seen ACDs adding to the category guidelines so there is 8 / 9 / 10 and applied successfully to ensure all aspects of a fund are considered and measured. This has been accepted by the FCA when the ACD has submitted its report and findings. Now whilst we have seen this as a really positive example in a positive way it does further create an unfair situation and cements the idea of a 'lottery' which many managers have used when working with us.

The assessment is a relatively new requirement and whilst its purpose was to ensure the investor is receiving value for money the exercise is still in the 'development stage' (2/3 years) whilst the FCA understands the results and differences that have been applied by each ACD across each fund. We expect and anticipate a further update to the guidance and application of the value assessment but also respecting the different fund types, complexities.

The application and FCA guidance is currently far too broad and some ACDs are acting inflexibly based on the most extreme application.

If after reviewing the output and findings across the industry the FCA are able to better provide further detailed guidance that allows for greater flexibility and sensible ACD discretion it will produce far more consistent outcomes.

At the minute fund managers feel like it can be like a 'lottery' as to whether they are having to reduce their fees based purely on which ACD they are working with which isn't fair.

Consistency, understanding, resources, technology and money is the biggest challenge for ACDs in relation to the value assessment. The expertise and role of the ACD is that of fund oversight, they are not experts in fund management nor do they necessarily fully understand the running and setup of the fund manager.

There is no one good template that the FCA has provided or published to ensure consistency that can easily be reviewed by investors. We have seen many use the traffic light system red, amber and green (RAG) across each of the categories but we feel a scoring based approach would be more meaningful and a fairer way of reading and reviewing the output. Otherwise, for example, if a fund has one red or several ambers are these providing less value than others who are all green?

Within fund factsheets we have a general consistent and easier to understand approach on the risk rating of a fund or complexity along with the overall fees that has raised the awareness and standards so it is possible to deliver something that is meaningful to investors.

No one fund is the same as another fund yet in order to carry out the assessment efficiently and cost effectively the ACD can apply one rule or method for each fund regardless of the nuance or complexity.

With the current increased scrutiny on the ACD industry by the regulator and the government some host ACDs are acting more cautiously which may not always result in the right outcome for the fund and ultimately the investor if they are forcing a reduction in fees from the fund manager when it is not fully warranted.

In our view, there are funds that are being forced to reduce their fees which isn't necessary and other funds which charge in excess over the top quartile that aren't being pushed by the ACD to reduce their fees when it would be appropriate. This inconsistency is what fund managers are frustrated by as it gives the wrong message and forces managers to reorganise internally to the detriment of the investor.

The larger the fund size, assets under management (AUM) the lower the costs and fees for the fund can follow and result in the manager being potentially more powerful over the fees it charges or if the ACD is able to force a reduction on the basis the manager can replace the ACD at any time.

In addition the less confident or smaller in size ACDs maybe reluctant to apply the guidelines to a fund which is excessive on the basis that the fund manager can 'serve notice' on the ACD if they don't like the outcome creating an uncomfortable friction and conflict that could be better managed.

To completely ensure a 'fair level playing field' and a 'consistent' approach throughout the fund industry what we would like to see is the value assessment requirement completely removed from the ACD and carried out by a dedicated third party for which the FCA inputs and approves any recommendations or changes to funds in the event that the conclusion is that a manager has to reduce their fees following the full assessment.

By outsourcing this exercise to a single dedicated third party it will remove the tension and conflict between the ACD and Fund Manager but also ensure consistency across the multiple fund types in each of the relevant sector buckets. This is a simple solution to a complex problem. As this would be done on scale by a dedicated third party provider across the industry the cost would be much lower, investment in technology and understanding much higher and output would be of a standard quality and consistency. Our recommendation would be by simple increasing the annual FCA fee charged to fund managers this could quite easily pay for the assessments to be carried out across the industry.

Given the number of considerations and challenges as well as the impact we would like to see a pause on any further forced reductions to fund managers whilst the data is analysed and a more consistent application can be made.

Finally we ask the question is it right to insist on a fund reduce their fees on the basis of a market comparison, shouldn't we leave the decision to the investor on whether they are happy to pay the fees outlined as they are sometimes best placed to judge if the fund value for their investment appetite is right. The fund manager will then be forced to justify and communicate directly with the investor why the fees are at the rate and what added value they bring which is a much better and fairer outcome for the manager and investor versus an ACD forced reduction.